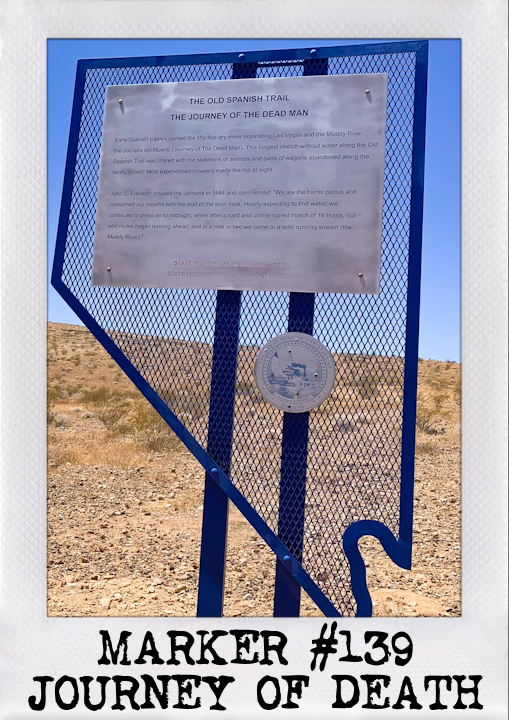 location: I-15 Interchange 75 at SR 169
Early Spanish traders named the 55 dry miles separating Las Vegas and the Muddy River the Journada del Muerto (Journey of Death). This longest stretch without water along the Old Spanish Trail was littered with the skeletons of animals and parts of wagons abandoned along the sandy desert. Most experienced travelers made the trip at night. John C. Fremont crossed the Journada in 1844 and commented: "We ate the barrel cactus and moistened our mouths with the acid of the sour dock. Hourly expecting to find water, we continued to press on to midnight, when after a hard and uninterrupted march of 16 hours, our wild mules began running ahead; and in a mile or two we came to a bold running stream (the Muddy River)."