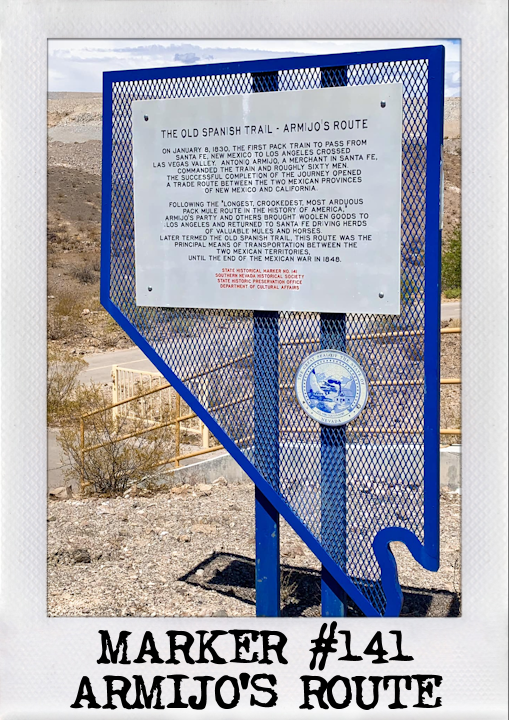 location: at Lake Mead Parkway near the River Mountains Loop Trail, Las Vegas
On January 8, 1830, the first pack train to pass from Santa Fe, New Mexico, to Los Angeles crossed Las Vegas Valley. Antonio Armijo, a Santa Fe merchant, commanded the train and roughly sixty men. The successful completion of the journey opened a trade route between the two Mexican provinces of New Mexico and California.
Described as the "longest, crookedest, most arduous pack mule route in the history of America," Armijo's party brought woolen goods to Los Angeles and returned to Sante Fe driving herds of valuable mules and horses. Later termed the Old Spanish Trail, this route was a principal means of transportation between the two Mexican territories until the end of the Mexican war in 1848.