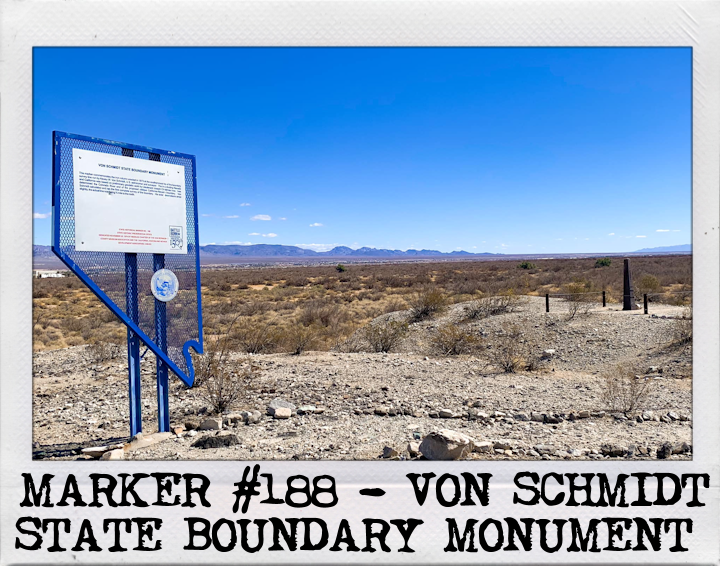 location: Von Schmidt Boundary Park San Bernardino County, California… just past the road to the AVI Casino
This marker commemorates the iron column erected in 1873 at the southernmost tip of the boundary survey line run by Alexey W. Von Schmidt. U.S. astronomer and surveyor. The line dividing Nevada and California was based on preliminary geodetic work by Lieutenant Joseph Christmas Ives. Ives determined the Colorado River end of the proposed oblique California-Nevada boundary. Von Schmidt calculated and ran the first complete survey of the boundary. His solar observations erred slightly, the actual line now being ¾ mile to the north.