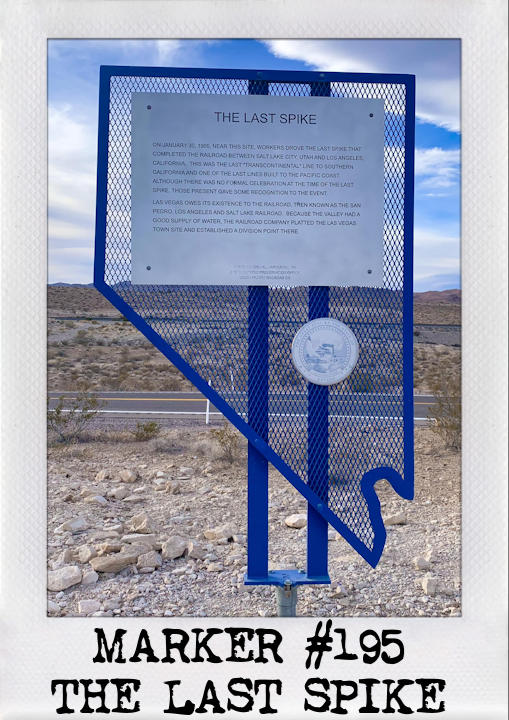 location: South Las Vegas boulevard, near Seven Magic Mountains
On January 30, 1905, near this site, workers drove the last spike that completed the railroad between Salt Lake City, Utah and Los Angeles, California. This was the last “transcontinental” line to southern California and one of the last lines built to the Pacific Coast. Although there was no formal celebration at the time of the last spike, those present gave some recognition to the event.

Las Vegas owes its existence to the railroad, then known as the San Pedro, Los Angeles and Salt Lake Railroad. Because the valley had a good supply of water, the railroad company platted the Las Vegas town site and established a division point there