You are about to enter The Shadowlands.... Enter with an open mind and you just may find the truth....

One of my treasured internet pastimes when I was a teenager in the early 00s was to look up spooky urban legends. I was convinced that I would be some type of "parapsychologist" when I was older. My friends and I spent hours on this website called The Shadowlands looking at their list of haunted places near where we lived. We still like to reference this website to this day, almost 20 years later.

The website, TheShadowlands.net, has been around since 1994 and claims to be the original paranormal website. It is still functioning today without needing to use the Wayback Machine to get access to it. The layout of the page is very low-tech and hasn't changed much over the years. The webmasters have included information on a variety of paranormal topics such as ghosts, a myriad of cryptids (such as Bigfoot), ufos, angels.. you name it! Some of the links they include to other websites may be broken.

My favorite section was the haunted places list. It's an extensive urban legend gallery set up by state, city, and includes 40+ other countries. Locals from around the world were able to use this website to submit their own stories and experiences from their hometowns. Someone had even submitted the local urban legend from my hometown before I had managed to find the site and do it myself.

When I was growing up, everybody said that the old mill built in 1918 was haunted. The locals claimed that a little girl in a blue dress would be seen in the top windows. I visited this location when I was younger, but we did not go inside of the building. We parked our car outside on the dark road in the middle of the night and just sat there. I swore I saw someone running through the field, so we got spooked and left. People do live right next door, and I'm sure it's become a thing to spook the teenagers who come to investigate.

The highschool I went to for freshman year was also listed on this website, but I don't know anyone who experienced anything paranormal at the school. Mean spirited, disgusting, gross.. sure. But those acts were done by actual, alive humans.

My childhood best friend and I also ended up at this place called Questhaven in the city of San Marcos, California. Local legends talk about an evil witch abusing her power, a group of occult practitioners who live within an area called Harmony Grove, and stories about how there was once an insane asylum on the grounds. One of the most commonly told urban legends is a tale of an enormous white owl that soars through the skies at night seeking human prey. They claim the cryptid is strong enough to rip the roofs of the tops of cars. My friend and I were hanging out with some local guy that she had a crush on, and he drove us through this dark forest known as Elfin Forest. Everyone convinced me to get out of the car in the dark. I was dumb, so I did it and they drove off! I was left in the dark, with just a cellphone, in the middle of a creepy forest! I was terrified! Thankfully my friends came right back.

There was no vetting process in place, so the places are not guaranteed to truly be haunted. I visited a few myself, and while I did not experience anything truly paranormal, it was still really creepy to be somewhere in the middle of the night where you had convinced yourself that something bad was going to happen.

When researching for this article, I found out that Dave Juliano, one of the founders of the Shadowlands website, had a heart attack on August 27th 2021. Get well soon, Dave! 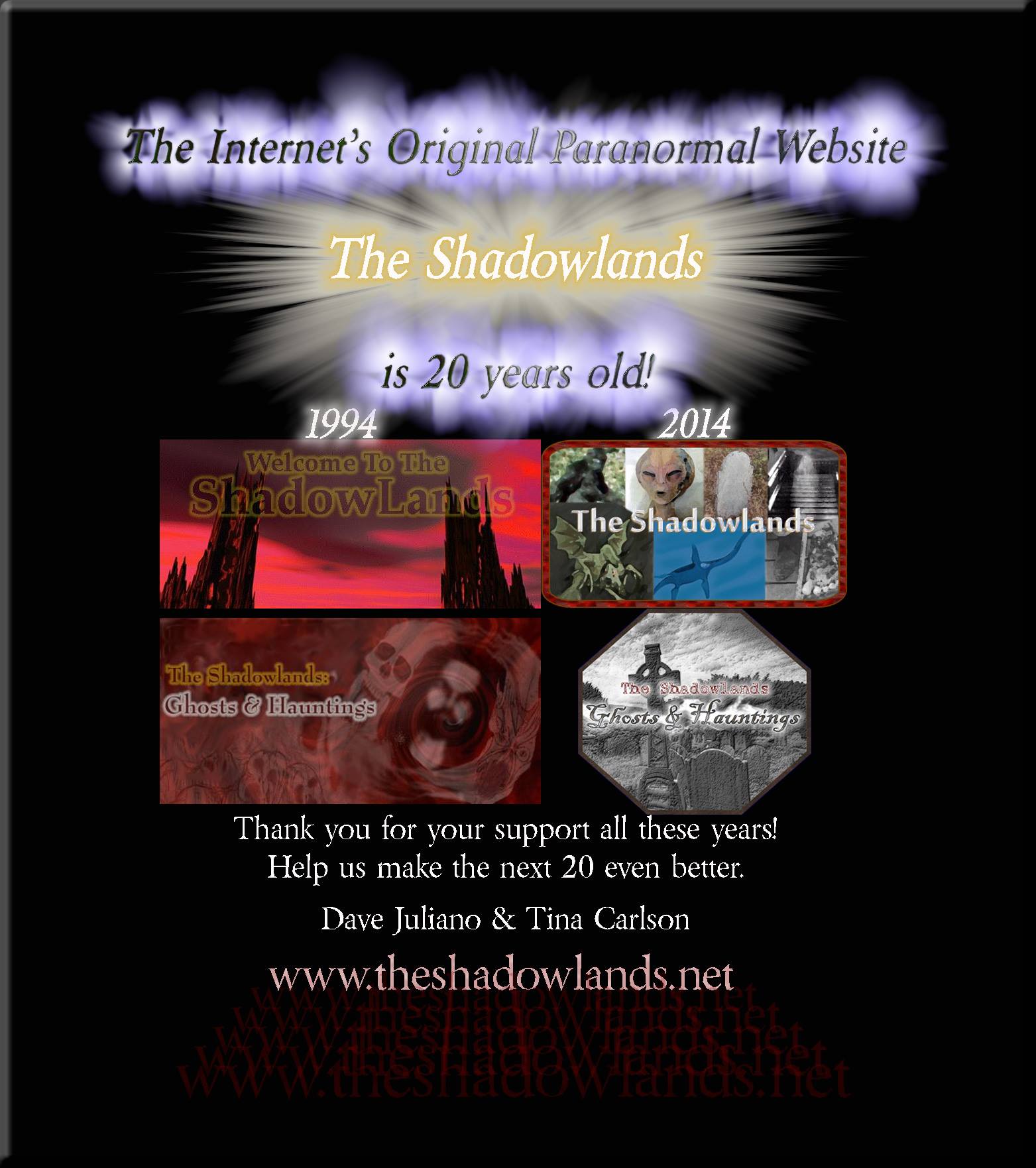 Ghosts are all around us. Look for them, and you will find them. - Ruskin Bond

Have you ever visited a haunted location? What was your experience like?

This article was created by fairytrash