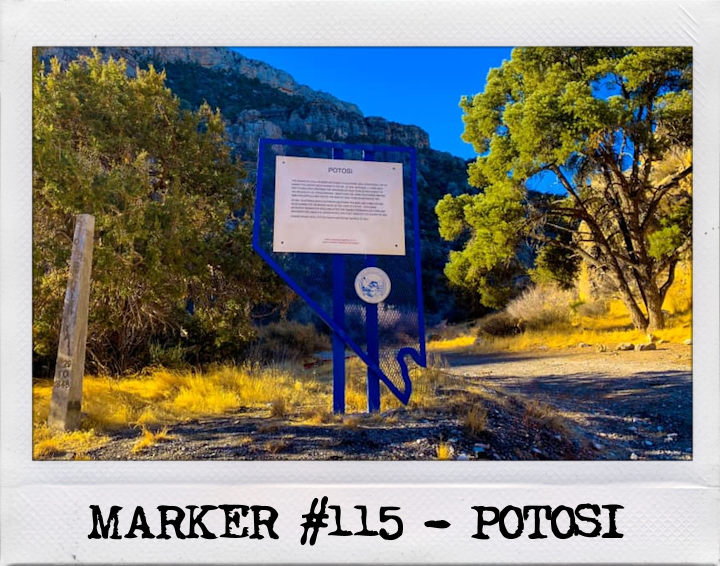 location: Mt Potosi Canyon Road off Nevada State Route 160
The desire of the Mormon settlements for economic self-sufficiency led to mining by missionaries for lead. In 1856 Nathaniel V. Jones was sent to recover ore from the "Mountain of Lead" 30 miles southwest of the mission at Las Vegas Springs. About 9,000 pounds were recovered before smelting difficulties forced the remote mine to be abandoned in 1857. Potosi became the first abandoned mine in Nevada.
In 1861 California mining interests reopened the mine, and a smelter and rock cabins of 100 busy miners made up the mining camp of Potosi. Even more extensive operations resulted after the transcontinental Salt Lake and San Pedro R.R. (now Union Pacific) was built through the county in 1905.
During World War I, Potosi was an important source of zinc.

personal note:This was one of the first markers that I actually got to see on that trip because the other two were "missing". We travelled down the dirt road for a little bit, but we saw signs that said not to stop at all so we eventually turned around. There looks to be a boy scout retreat up on the mountain, as well as backroads into Goodsprings.