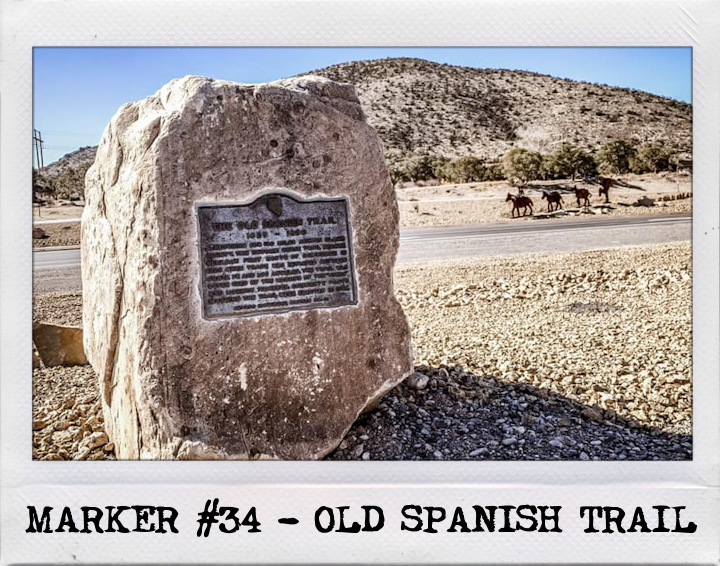 location: Route 160 in Mountain Springs, near Benedict Drive. You’ll see a group of mailboxes off the side of the road
Stretching for 130 miles across Clark County, this historic horse trail became Nevada's first route of commerce in 1829 when trade was initiated between Santa Fe and Los Angeles. The trail was later used by the wagons of the "49ers" and Mormon pioneers. Concrete posts marking the trail were erected in 1965

personal note:This was one of the first markers that I went to visit. I could not find it because it was not in the location that all of the guides were giving me online. I messaged someone from Mountain Springs online and they told me that construction had taken place and the marker was moved from near the fire station to Benedict drive by the mailboxes.