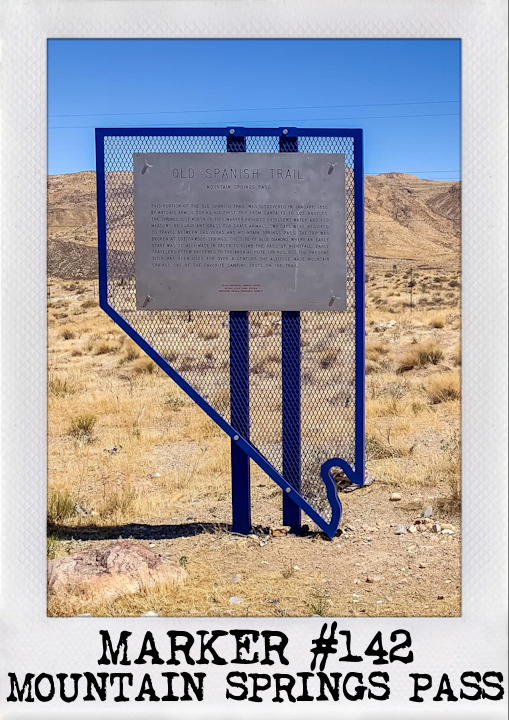 location: Cottonwood Valley Road off Nevada State Route 160
This portion of the Old Spanish Trail was discovered in January, 1830, by Antonio Armijo during his first trip from Santa Fe to Los Angeles. The springs just north of this marker provided excellent water and fed meadows of luxuriant grass for draft animals. Two days were required to travel between Las Vegas and Mountain Springs Pass. The trip was broken at Cottonwood Springs, the site of Blue Diamond, where an early start was usually made in order to climb the pass by nightfall. Early travelers often referred to the area as Paiute Springs, but the present title has been used for over a century. The altitude made Mountain Springs one of the favorite camping spots on the Trail.

personal note: I tried to take a picture of this historical marker back in February (It is now June) but it was missing from its location. I had emailed the Nevada State Historic Preservation Office about the removal, and they had told me that they get a very modest grant to help with the maintenance of these parkers, and they were inbetween contractors at the time. I'm happy to report that it looks like they have accepted a proposal from a new firm. That's the 15th marker I've been able to check off from Southern Nevada.