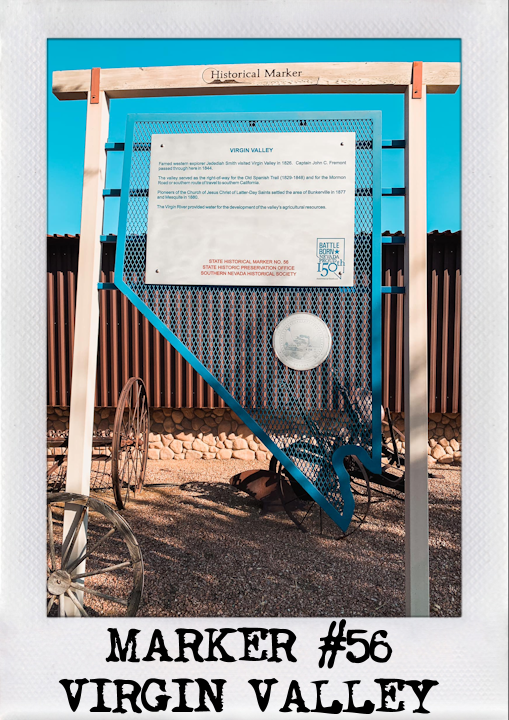 The valley served as the right-of-way for the Old Spanish Trail (1829-1848) and for the Mormon Road or southern route of travel to Southern California.

Pioneers of the Church of Jesus Christ of Latter-Day Saints settled the area of Bunkerville in 1877 and Mesquite in 1880.

The Virgin River provided water for the development of the valleys agricultural resources.