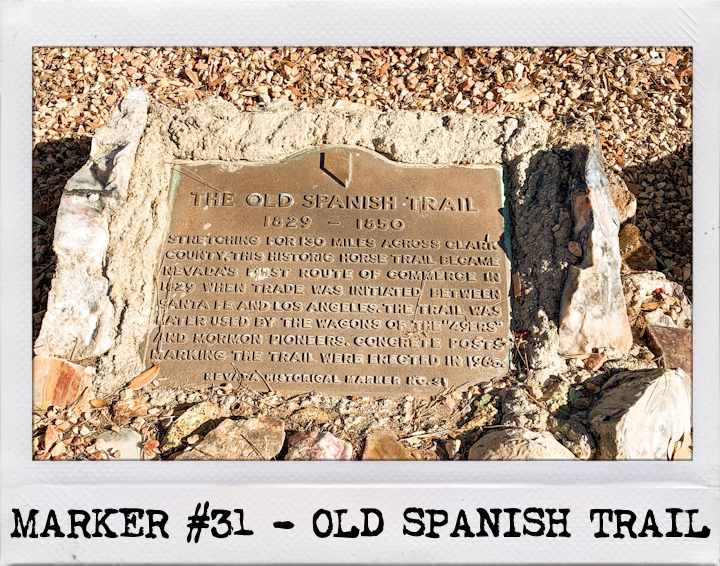 location: Virgin Valley Heritage Museum in Mesquite.
Stretching for 130 miles across Clark County, this historic horse trail became Nevada's first route of commerce in 1829 when trade was initiated between Santa Fe and Los Angeles. The trail was later used by the wagons of the "49ers" and Mormon pioneers. Concrete posts marking the trail were erected in 1965