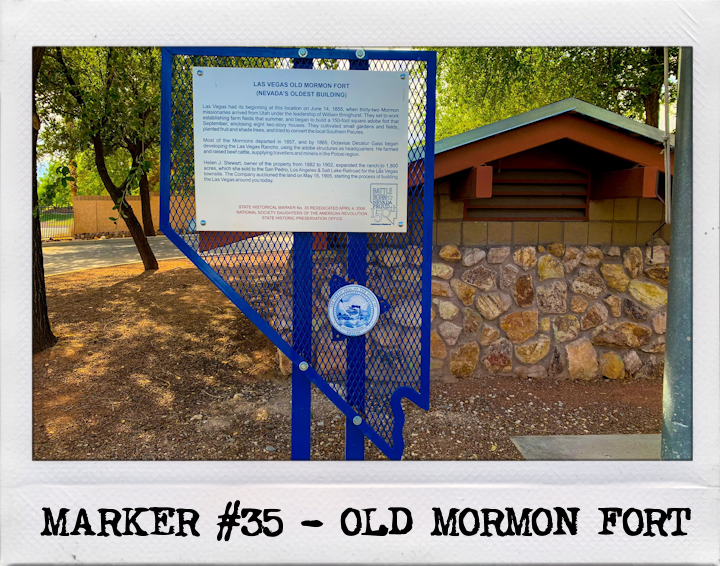 location: 500 E Washington Ave, Las Vegas
Las Vegas had its beginning at this location on June 14, 1855, when 32 Mormon missionaries arrived from Utah under the leadership of William Bringhurst. They set to work establishing farm fields that summer, and began to build a 150-foot square adobe fort that September, closing eight 2-story houses. They cultivated small gardens and fields, planted fruit and shade trees, and tried to convert the local Southern Paiutes.

Most of the Mormons departed in 1857, and by 1895, Octavius Decatur Gass began developing the Las Vegas Rancho, using the adobe structures as headquarters. He farmed and raised beef cattle, supplying travellers and miners in the Potosi region.

Helen J Stewart, owner of the property from 1882 to 1902, expanded the ranch to 1,800 acres, which she sold to the San Pedro, Los Angeles & Salt Lake Railroad for the Las Vegas townsite. The company auctioned the land on May 15, 1905, starting the process of building the Las Vegas around you today