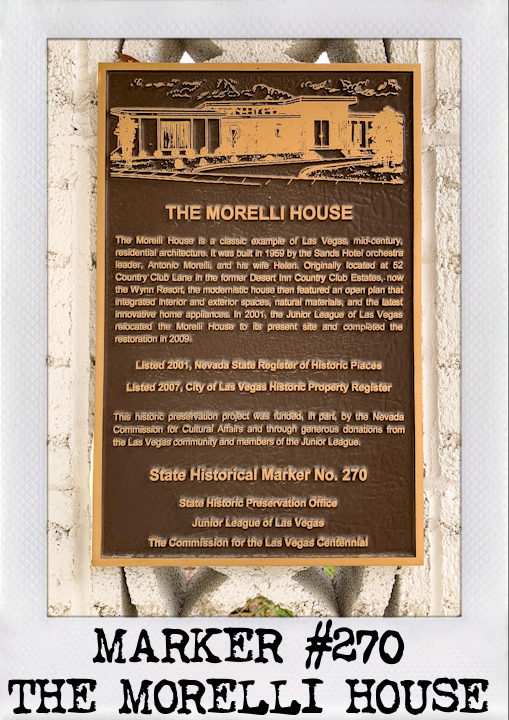 location: 861 E Bridger Ave, Las Vegas
The Morelli House is a classic example of Las Vegas mid-century residential architecture. It was built in 1959 by Sands Hotel orchestra leader, Antonio Morelli, and his wife, Helen. Originally located at 52 Country Club Lane in the former Desert Inn Country Club Estates, now the Wynn Resort, the modernistic house then featured an open plan that integrated interior and exterior spaces, natural materials, and the latest innovative home appliances. In 2001, the Junior League of Las Vegas relocated the Morelli House to its present site and completed the restoration in 2009.

This historic preservation project was funded, in part, by the Nevada Commission for Cultural Affairs and through generous donations from the Las Vegas community and members of the Junior League.