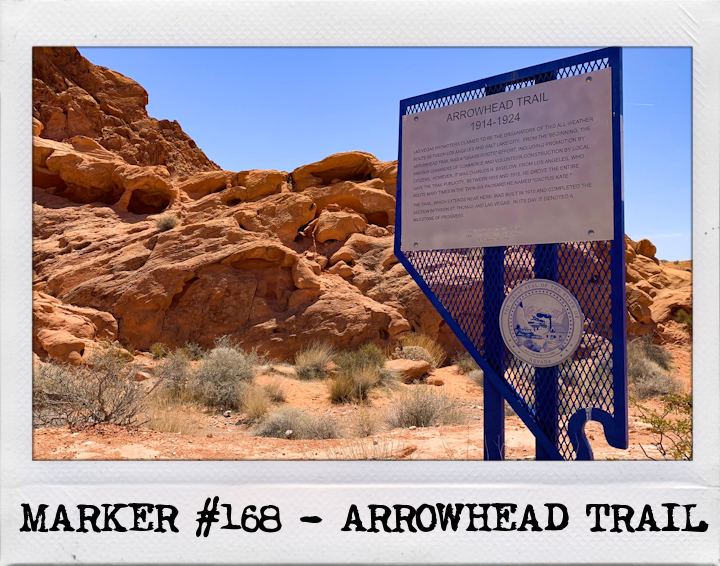 location: About a half-mile west of the eastern entrance of Valley of Fire
Las Vegas promoters claimed to be the originators of this all-weather route between Los Angeles and Salt Lake City. From the beginning, the Arrowhead Trail was a "grass roots" effort, including promotion by various chambers of commerce and volunteer constrction by local citizens. However, it was Charles H. Bigelow, from Los Angeles, who gave the trail publicity. Between 1915 and 1916, he drove the entire route many times in the twin-six packard he named "Cactus Kate".
The trail, which extends near here, was build in 1915 and completed the section between St. Thomas and Las Vegas. In it's day, it denoted a milestone of progress.