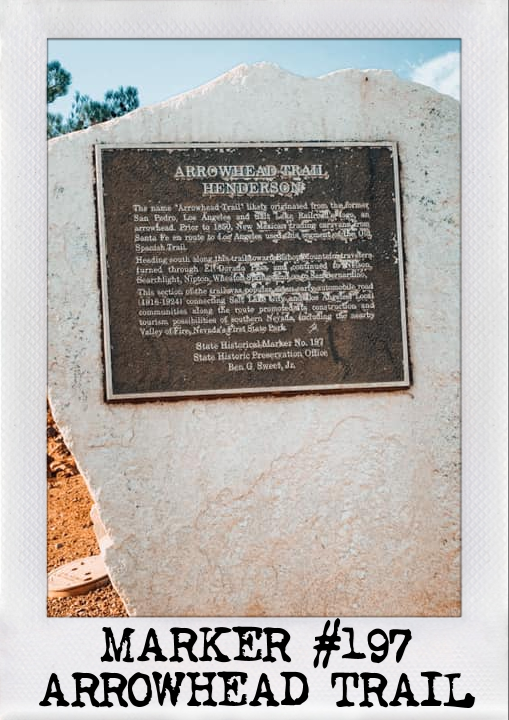 location: Entrance to Mission Hills Park off Arrowhead Trail, Henderson
The name, “Arrowhead Trail” likely originated from the former San Pedro, Los Angeles, and Salt Lake Railroad, which had an arrowhead for a logo. Prior to 1850, New Mexican trading caravans from Santa Fe en route to Los Angeles used this segment of the Old Spanish Trail.
Heading south along this trail toward Bishop Mountain, travelers turned through El Dorado pass, and continued to Nelson, Searchlight, Nipton, Wheaton Springs, and on to San Bernardino.
This section of the trail was popular as an early automobile road (1916-1924) connecting Salt Lake City and Los Angeles. Local communities along the route promoted its construction and the tourism possibilities of Southern Nevada, including the nearby Valley of Fire, Nevada’s first state park.